The Importance of Leather in British History

The Importance of Leather in British History

In 1657, leather was listed among the ‘chieffe riches’ of England, only second to wool in importance. Although it may not rank that high in GDP importance any longer, Britain is still one of the great leather nations. Using craftsmanship skills that have been passed down through generations, British leathercraft men still create not only some of the finest leathers but also some of the finest leather goods. In this post, we are going to take a look at the history of leathercrafting with a special focus on the history of leather in Britain. 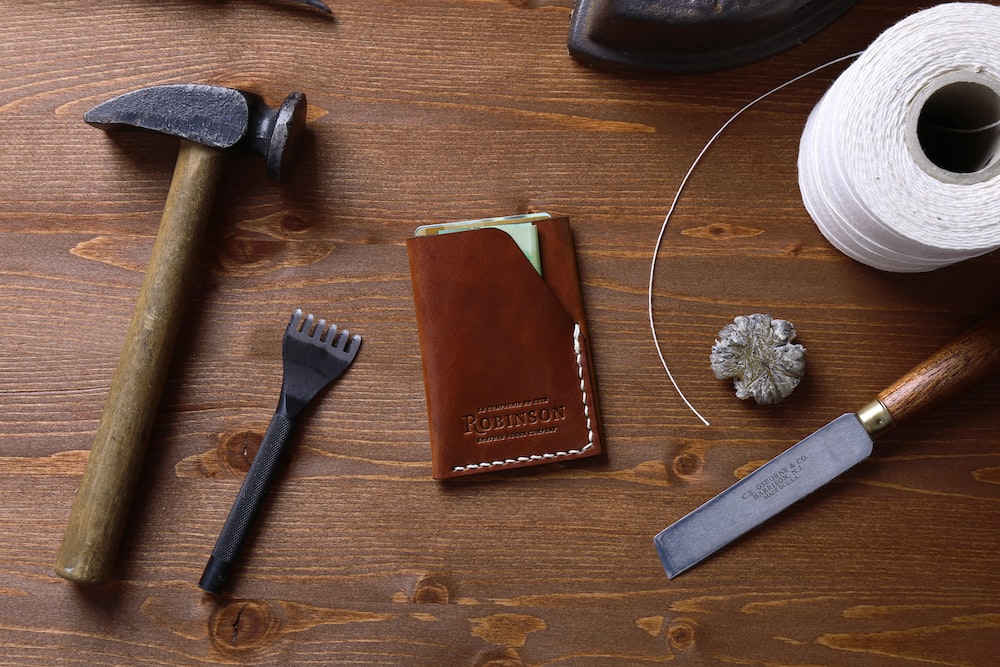 Leather is one of the most exquisite and durable textures available in the world, and our ancestors learnt it pretty quickly. When the first hominids roamed and hunted the plains of Africa, they started using the first rudimentary tools for cleaving meat to create basic leather garments. Similar tools were found all over the place across Africa and Europe and they mostly date back to the stone age. Stone scraping tools were found in modern-day Hoxne, England while bone awls were discovered in South Africa dated around 82,000 BC. Africa is also thought to be the place where leathercrafting firstly thrived around 5000BC according to the leather artefacts found in Nubian Tombs.

Although we know that tanning, used to make leather more durable, has been around for aeons, as testified by the tanned coat wore by Ötiz the Iceman, found on the Alpine border thought to be 5300 years old, the first written down the recipe of vegetable tanning dates back to 800BC. It is a mighty fine recipe indeed and proves how important good quality leather was and in fact still is: vegetable tanning is still used to create some of the world’s finest leather.

It took a while for these techniques to appear in Europe. The Moors brought them to mainland Europe upon their arrival around the 8th century. But it wasn’t until the 11th century that the tanning processes spread across Europe: this is where we can start our journey of leather in Britain.

Obviously, the leather had been used and manipulated across the British Isles for centuries, as testified by the Hoxne fossils. However, British leather became legit only in 1272, when the Saddler Company of London received its first charter from Edward I. The next few decades saw the foundation of many leather companies and the rise of new professional figures such as curriers, who dealt with the tanning process, dressing, finishing and all those things that have to do with tanning, while skinners (or pelliparii), were skilled at dressing skins. In 1349, the Worshipful Company of Glovers formed to uphold the high standards of glove making. They created rules such as fixing the price of sheepskin gloves to ‘a penny a pair’ and ordained that no leather good should be sold after dark because then the quality of the leather could not be inspected properly.

The 17th century saw the fashion revolution of glove-wearing during the reign of Elizabeth I. As the essential fashion statement of the time, gloves crafting gave the Glovers Company more and more power and in 1638 King Charles granted them their own Royal Charter. Once the charter was granted, they, and this was unheard of at the time, allowed women to become full members and even had female apprenticeships. 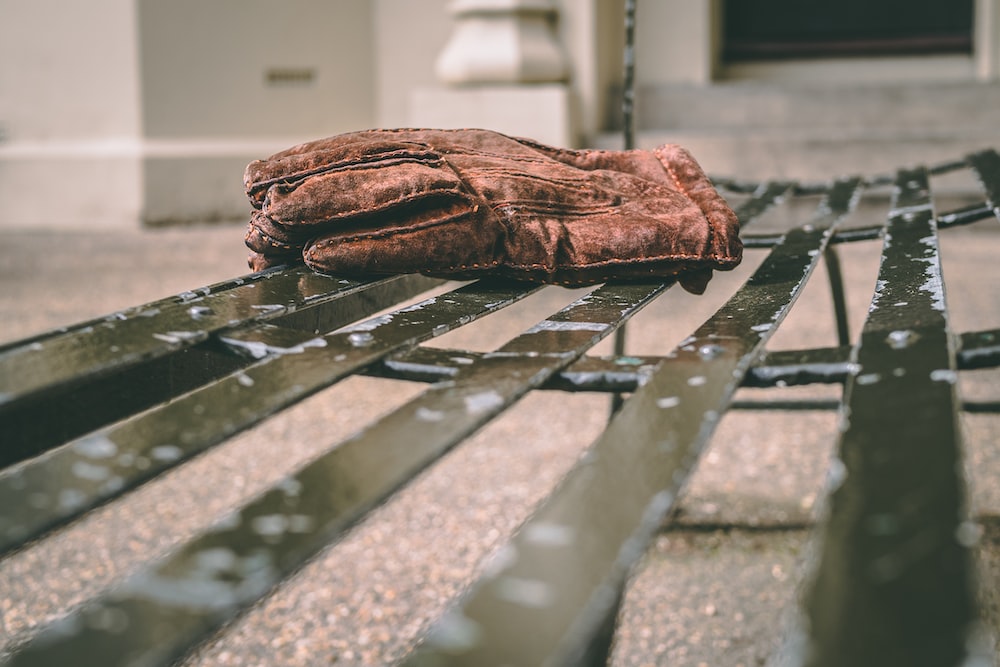 The popularity of gloves eventually turned them into a status symbol, whichever side of the business fence you were on. A notable example is a certain John Shakespear who worked as a ‘whittaner’ (a tanner who utilises alum tannage). It is said that he was helped by his son William. Historians and literary critics agree on saying that the many references to gloves in Bard’s work most probably derive from gloves representing the symbol of the status of his family during the period.

However, the coming of the industrial revolution wasn’t kind to the Glovers who wanted to uphold the craftsmanship of glove making. During the first half of the 18th century, in London, there were 120 Glovers, but by the end, only 12 were left. But it wasn’t all doom and gloom. The leathercraft industry wasn’t dyeing, it was just retracting to more favourable areas within Britain. Worcester became the new capital of gloves: nearly half of all gloves made in Britain came from Worcester and the surrounding areas.

While Glovers were making the big numbers, Northamptonshire saw the rise of a flourishing shoemaking business. It all started around the 15th century with a few cordwainers who chose the area for its large cattle market. In 1642, a group of shoemakers from the area won a government contract to supply the army, this set off a chain reaction. By 1841 there were almost 2000 shoemakers in Northamptonshire.

Northampton’s leather industry played a crucial part in the outbreak of WWI. Northampton shoe factories were responsible for making boots for the allies: it produced approximately two-thirds of the seventy million boots produced for the British forces. The First World War was a lucrative time for boot makers, with business booming and women being employed to help with the workload. Furthermore, boot makers and repairers were vital on the front line, relied upon to mend soles and keep the soldiers marching. 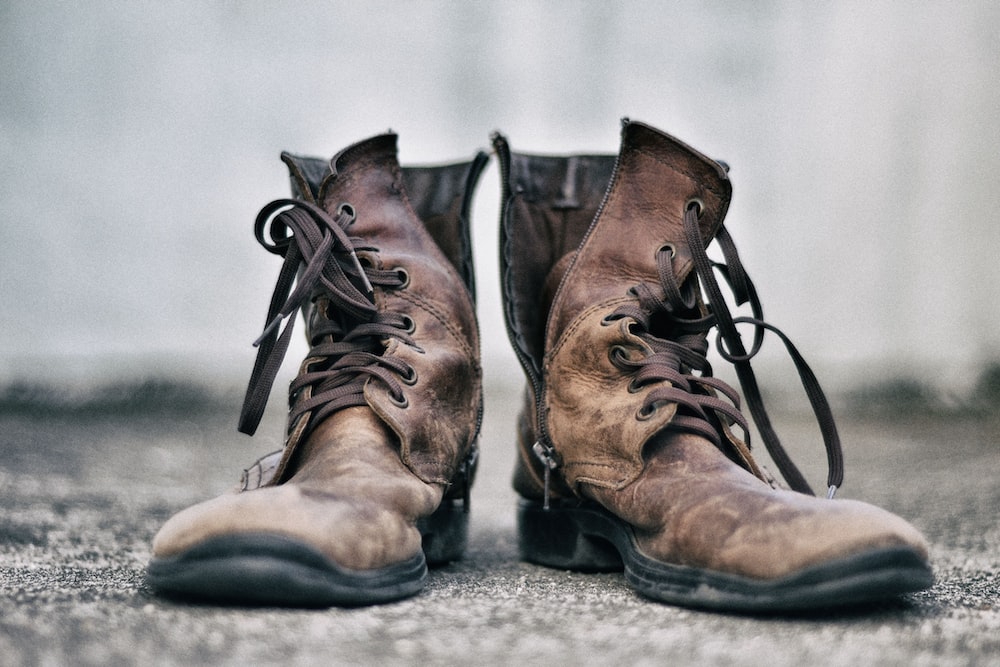 As one of the great leather nations, Britain has been particularly marked by the use of leather throughout its history. Moreover, as the leading country of the industrial revolution, the UK best employed the new developments and sophisticated processing methods which greatly expanded the aesthetics and feel of leather as well as the possible applications, confirming to this day his place as one of the dominant leather producing countries.

For us, leathercrafting is an art we love to do every day and we want to share this wonderful traditional skill with the world. CreateLab impacts the lives of people by showcasing that every individual’s art is unique and valuable. CreateLab helps leather businesses impact lives rather than just selling one more product.

If you are looking for master leather craftsmen in the UK, feel free to reach out to us here.

A GUIDE TO LEATHER GRADES