In a world overwhelmed with goods, it can be hard to express your true self. Championing self-expression and uniqueness, personalised items and services are getting more and more exposure offering a reprieve from ubiquitous and bland factory-made products. However, with plenty of monogrammed items, bespoke treasures, and customisable wonders available, it can be hard to find your way towards the right piece. If you are looking for something long-lasting and special, we suggest you consider custom leather products: as the most exquisite, durable and popular material available in the world, nothing says ‘you are unique’ quite like a bespoke leather item does. In this post, we’ll walk you through the rich cultural history surrounding the leather making and bespoke leather accessories in the UK. 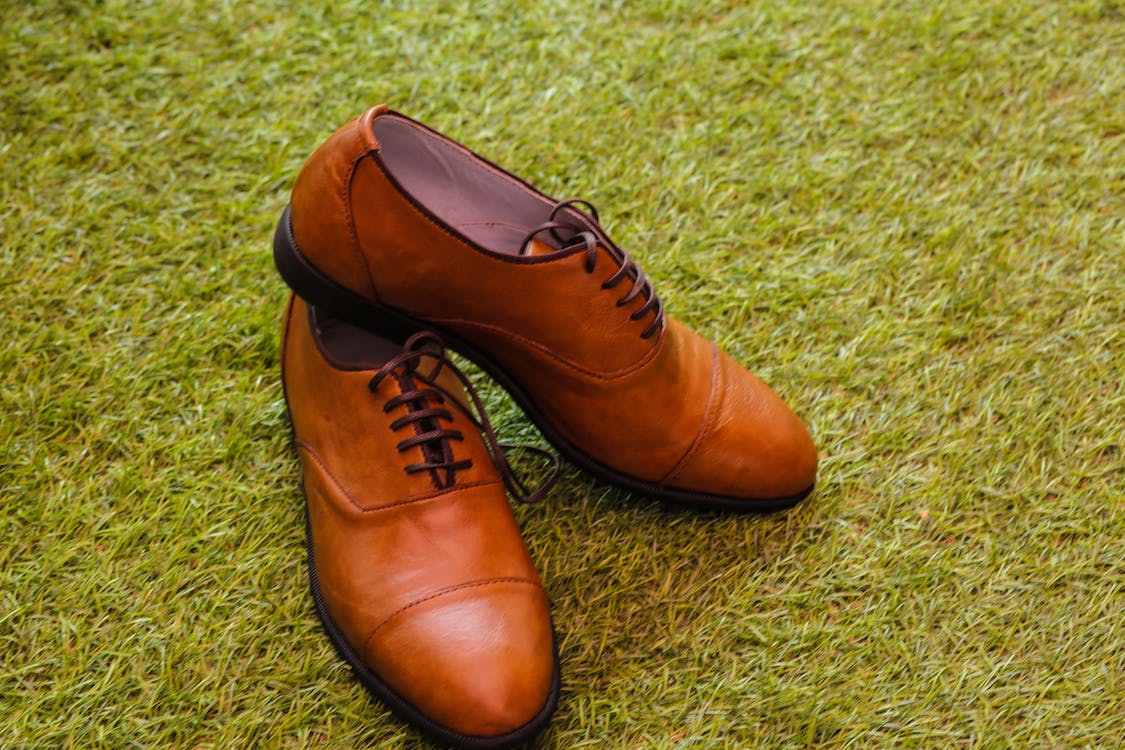 Leather is one of man’s earliest and most useful discoveries. Our ancestors hunted wild animals for food, then made clothing, footwear and crude tents from the hides of their preys. Probably, already the Neanderthals fashioned instruments delicate enough to sew more fitting leather garments. Fast-forward through prehistory, around 5000BC leatherworking was in full swing in North Africa as testified by the leather artefacts found in burial grounds.

It took another couple of millennium, though, for leather tanning, which is the process to turn hide into leather that is durable and doesn’t degrade, to develop: the first known written recipe of vegetable tanning dates back to 8000BC. It is a mighty fine recipe indeed and proves how important good quality leather was and in fact still is: vegetable tanning is still used to create some of the world’s finest leather.

It took a while for these techniques to appear in Europe, brought by the Moors around the 8th  century, but it wasn’t until the 11th  century, then, that the tanning process spread across the continent: this is where we can start our journey of leather in Britain.

Obviously, the leather had been used across the British Isles for centuries already. However, it was only around the 13th century that leathercraft became a major business in Britain. In 1272, the Saddler Company of London received its first charter from Edward I making British leather legit. The next few centuries saw the foundation of many leather companies. 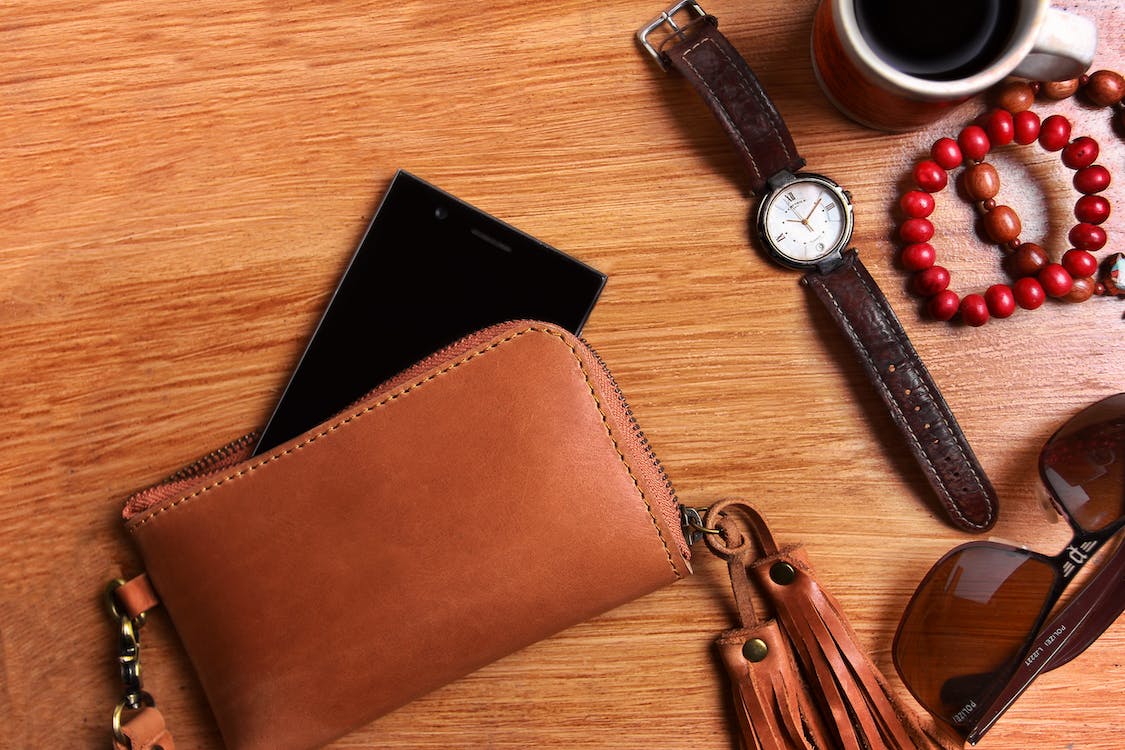 Around the world, the 17th century marked the emergence of leather regional styles and designs which started gaining global attention. The world powers were beginning to become commercial powers and leather was certainly a part of it. British craftsmanship skills in leatherworks were in high demand and British companies were exporting their superior leather goods by the millions around the world.

In the 18th and 19th centuries, the spread of industrialisation and a general rise in the standard of living created a demand for new kinds of leathers: softer, supple and colourful. The traditional vegetable tanned leather was too hard and thick to meet the new demand to make products at scale and, thus, chemical chrome tanning became the standard, while sewing machines substituted the traditional saddle stitching done by hand. The Glovers Company, which wanted to uphold the craftsmanship of glove making, were decimated by industrialisation. However, as the leading country of the industrial revolution, the UK best met the new demands of the market becoming one of the dominant leather producing countries.

Nevertheless, the Glovers were right: although the rise of mass production, artisanship was still very much at the core of leathercrafting. In Italy, the tradition of leather-making had such deep roots that many of the country’s major fashion houses got their start with the leather. Prada began as a leather goods store in Milan in 1913; Gucci, a leather goods store in Florence in 1921; Ferragamo, a leather shoe store in Florence in 1927.

However, it is not all about craftsmanship either. In the 1950s, major fashion houses like Chanel began to make what are now iconic bespoke leather handbags. It wasn’t until the 1980s and 1990s, though, that the trend exploded. In the 1980s, Hermès introduced the Birkin bag; in the 1990s came the Fendi Baguette, Christian Dior’s Lady Dior, Balenciaga’s The City, and a relaunch of Gucci’s Jackie bag. Indeed, what most concerns costumers nowadays is not just the quality of the item, but also its exclusiveness and, indeed, few products are more exclusive than bespoke leather goods. 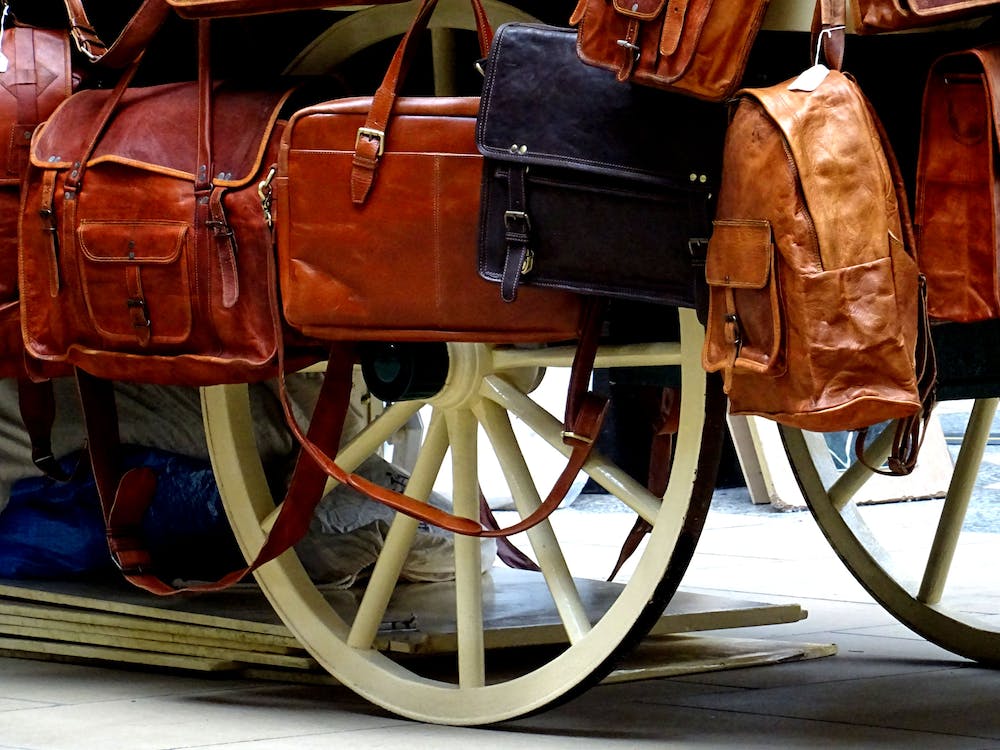 Even as the price gap between hand-crafted pieces and their mass-produced counterparts grows ever larger, people are increasingly seeing value in owning a unique product not quite like any other. Still topping the ranks of leather production, the UK is the stage of this renaissance of bespoke artisanal businesses. Pairing impeccable Italian craftsmanship and classic, understated British design, Maxwell-Scott is one of the leading bespoke leather businesses in the UK. The company offers bespoke, in-house personalisation service to add a truly special touch to all their leather products. Luxury leather-goods label Aspinal of London is also particularly renowned for its personalisation services: you can add to most Aspinal’s products messages, names, dates and initials, either embossed or engraved.

Due to its unique properties, exquisite elegance and exceptional durability, throughout history, leather has been the preferred material for the most diverse products, a constant symbol of elegance, style and power. Although the changes in fashion and production, leathercraft is very much alive today as it was centuries ago and it will be so as long as we continue to see artisanship as the heart and soul of the leather industry. Indeed, leather continues to be the material of choice: when held or used feel just right and only gets better over time.

HOW TO CREATE A BESPOKE CUSTOM-MADE LEATHER WALLET